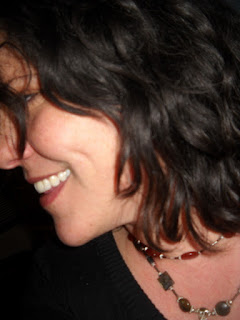 Holly Marie Tourdot was a law student at The University of Wisconsin School of Law when she visited Lake Superior for the first time. It changed her life in drastic and beautiful ways. Simply put, she fell in love with Gitchi Gummi (Lake Superior). Driven to express her passion, she began painting again after a five year hiatus, and discovered that other human beings enjoyed hearing her sing.


Then, after returning to southern Wisconsin to finish her last year of law school, she abruptly dropped out to openly celebrate the artist she had always been.

In 2003, Holly returned to live on the shores of the Lake that inspires, fascinates, terrifies, and embraces those it captures. She immediately settled on Madeline Island and has made it her home. Her paintings, drawings, and songs have found an enthusiastic audience.

Holly Marie Tourdot has been painting for more than 30 years. She feels intimately connected to the land, water, and sky. Through her art, Holly seeks to illustrate the beauty of nature so that her creations engender a feeling of appreciation, joy, and a profound sense of responsibility for the earth. Her understanding of our reliance on the planet to feed, shelter, and inspire us is reflected in her Sleeping Dogs series. Her paintings are her expressions of love for creation. They are also prayers of invitation for others to nurture that same care and mindfulness within themselves.

Holly's work can be seen at Bates Art Bar in Bayfield, Wisconsin and La Pointe Center on Madeline Island and by appointment. Contact her at